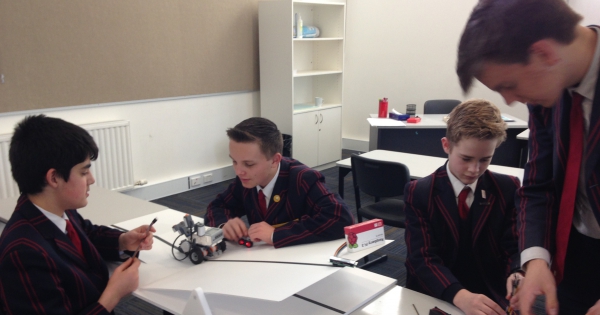 After much anticipation, the BGS Coding and Robotics Club is set to get off the ground, having received their first shipment of Arduino sets. These kits will be fundamental in teaching the boys of BGS the basics of robotics.

Kaelan Dekker and Trent Mitchell, two of our enthusiastic students, have already planned a series of fun, yet challenging projects for the club, such as; operating robotic arms, recreating the original pong game and making an innovative weather display.

After all the boys are familiar with the basics of programming languages, they will commence a major project to use as a milestone for the progress of the club, aimed at inspiring even more boys to get involved.

Trent Mitchell will also be mentoring a team of students to program semi-autonomous EV3 robots to complete a rescue track, and respond to obstacles in their environment. He will be helping to prepare these boys to compete in the Victorian Robocup Rescue Competition in 2018.
This is the beginning of a very exciting chapter for Berwick Grammar, as our students embark on a journey of digital literacy, where they can develop the problem solving and programming skills needed to face the diverse challenges of the twenty-first century.