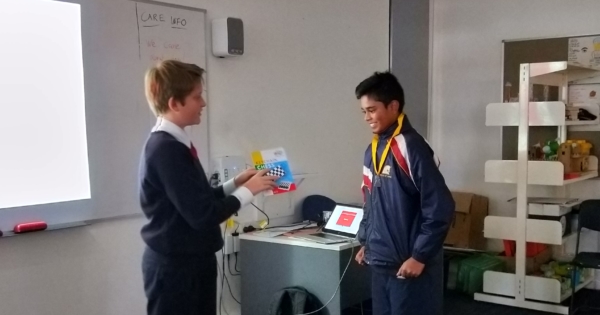 The BGS Chess Club assembled on Monday 18 June to witness the final round of their internal chess competition. Brian Lam came out victorious as the overall winner of this competition. Congratulations to Brian. The winner, and runners-up, have secured a position in the SIS Chess Competition later this year.

Following this heated match, Chess Captain Kurt Caddy presented medals and prizes to members of the club for their achievements in Semester 1. First prize went to Brian Lam, while Jeremy Mohanraj took out second prize. Jake Giddins achieved the equally significant Chess Club Leadership Award, for his enthusiasm, dedication and the initiative he has displayed in mentoring his peers.

After a successful Semester 1, we are excited to see what lies in store for this student-led club in the remainder of this year. If their performance so far is anything to judge by, we are confident this will be something worth celebrating.