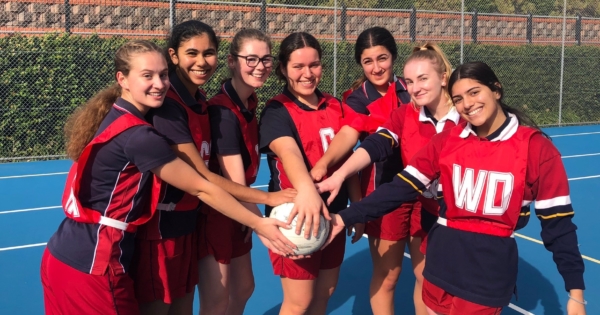 ‘Character in the long run is the decisive factor in the life of an individual and nations alike.’ Theodore Roosevelt.

If ever I am in need of a dose of wisdom for the ages, I turn to my trust collection of Theodore Roosevelt quotes. Another favourite caught my eye this morning as I bemoaned the cold wind streaking across our school yard -‘if you could kick the person in the pants responsible for your situation, you wouldn’t sit down for a week!’

We are currently spending a lot of time at our School talking about the manner in which we strive to teach and grow character in our students. Character is one of school values and such an important element of one’s personality.

In some ways, Character is a current ‘buzz’ word, both in educational quarters and broader fields. Its use is so frequent these days that its meaning has perhaps blurred. It was only on the weekend that I heard a football coach in a post-match interview discuss the effort of his players, suggesting they had shown ‘character’ in a fighting loss.  I have always worked from the basis that character describes the mental and moral qualities of an individual, yet the definition seems to have extended to describe the values with which individuals act. Thus to display courage, compassion, humility or integrity in a range of situations may be seen to reflect an individual’s character. Ultimately, at the core of an approach to character education is the goal of  growing well rounded, confident and resilient young people with the capacity to be caring, compassionate and valuable contributors to the broader world as citizens when they depart our School.

A quick peek at the historical evolution of character education makes for interesting reflection and in many ways, Roosevelt may be regarded as an important person in this field.  The development of an individual’s character was once considered to be solely the domain of parents and to a lesser extent religious institutions.  A more focused ‘character building’ movement can be traced to the traditions of both ‘muscular Christianity’  and the emergence of organisations such as the YMCA and the Scouts in the early 20th century. Largely focused on youth, this movement was seen to provide opportunities for those, often on the fringes, to develop their capacity to contribute to society. A philosophy emerged that as long as an individual was rich in character, no other personal wealth was required. Try selling this to our students today but at heart, it remains true-without strong character and values a young person has no true compass to direct their life.

We are continually seeking to enhance both our philosophy and curriculum of character development at our School. In many ways, it is here that we seek to ensure that our students are as successful in their life, in a similar manner to which we strive to have them be successful in examinations.