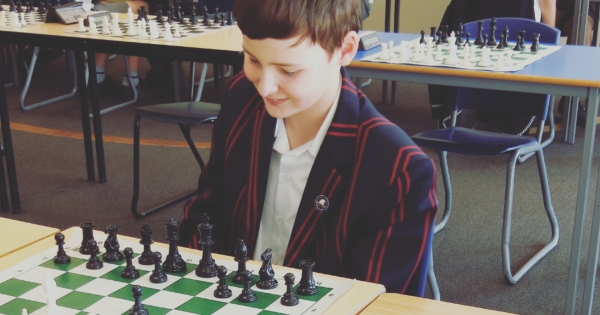 The Cardinia Inter-School Chess Competition was held at Pakenham Secondary College on Friday 22 March. This event saw students competing against a wide range of different schools in the area.

We would like to congratulate Brian Lam of Year 8, who was awarded 2nd Best Overall player in the competition (winning six out of nine games), and to our whole team who came 2nd Overall in the competition. The boys were happy to walk away with some silver medals in recognition of this achievement. These will be formally awarded in a celebratory ceremony next week.

This performance marks a significant improvement in our results from the last competition we entered, and has put the boys in very optimistic spirits for success in the SIS Competition later this year. They have certainly put in a lot of effort into training and preparing for this event.

Our Chess Captain, Kurt Caddy, is to be commended for organising weekly meetings for these boys to practice, as well as serving as friend and mentor to the boys in the Club.

We look forward to seeing their continued progress throughout the year, and are hoping to see some resplendent gold marking their necks at the conclusion of the next event.