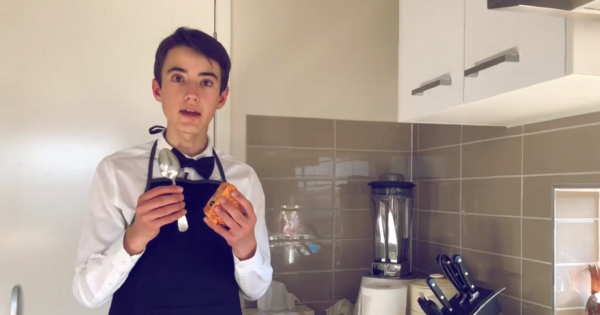 As part of the speaking task for our French class, the students had to choose a French dish, cook it at home and present it in a video in French. So, if you are still thinking about what to cook for Christmas, the Year 8 French class have the menu all set and ready for the best Christmas meal.

To start your day in a Frenchy way, you could, like Ovin and Gathika, toast some French Croque Monsieur or an omelette like Eisak.

For lunch and for the main course, Henry suggests a steak tartare, William N would go for escargots au beurre à l’ail, Mitch offered the recipe for a yummy agneau à la sauce de moutarde de Dijon and Will chose a boeuf bourguignon

For dessert, nothing could be better than the éclairs proposed by Venuka. David finished off the meal with a most delicious savarin.

In the afternoon, you could sip a bloody Mary, a cocktail supposedly invented by Fernand Petiot in the 1920’s in a bar in Paris as Jasper explained to us. Xavier then suggests some savoury crêpes and Yiorgo some biscuits aux amandes

And for dinner, you could finish the day with a tasty soupe à l’oignon as Risadu and Hugo did