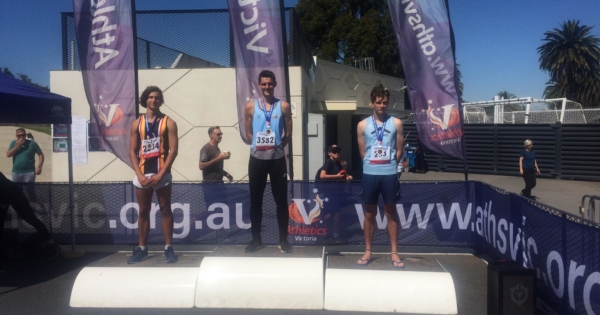 Swimmer Fletcher Kaintz of Year 10 represented our school in the State Swimming Championships, competing in the Under 15 division of 50 Metre Freestyle, Breaststroke and Butterfly.  At the time of writing this article, Fletcher was continuing to compete, this time in the 2020 Long Course CRIPPS State Championships in Tasmania.

In addition, Matthew Merrilees of Year 11 recently become the top ranked High Jumper in his age group in Australia.  Matthew jumped a personal best of 2.02 metres (two centimetres above his personal best prior to this) to take the title and leave the other competitors behind by six centimetres at last weekend’s Victorian State Championships.  This positions Matthew well going into the Australian Athletics Championships in Sydney on the 21st of March. This will mark the 5th national Championship that Matthew has competed in.

Matthew’s current goal is to reach 2.16m within the next two years so that he can compete in the World Junior Athletics Championships.

He is very grateful to have had such a supportive crowd watching him, including his family, Mr Bourke and other students across both senior campuses.

Congratulations to both these young men for their wonderful achievements.  As dedicated scholars and genuinely good people, they both provide excellent role models for their younger Berwick Grammar Peers.