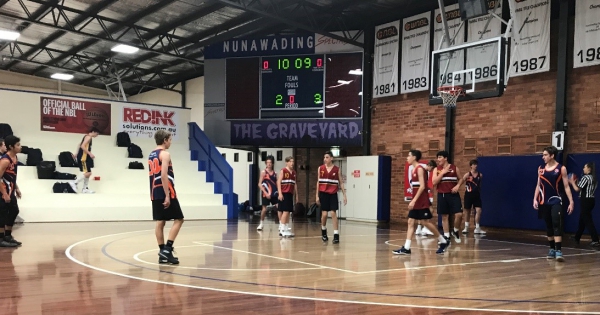 Earlier in the term the BGS Junior Basketball team took part in the Victorian Champions Cup basketball tournament, formerly known as the McDonald’s Cup. The boys competed very hard on the day, despite losing Jet Marsham to a serious knee injury early in the first match against Carey Grammar School. The boys managed to win one of their games and going down in competitive match ups with Maribyrnong and Rowville Basketball Academies, two of the most well-known programs in Victoria. Both teams the Junior and Intermediate teams will participate in the Australian Schools’ Championships in December which will once again take place in Melbourne’s outer east. This will be the first year we have entered a Junior team and we hope they can match the success they enjoyed during the SIS season.

The Senior team, made up of a number of boys who played in the 2015 Division 3 National Championship winning team and also the 2016 Division 2 National Championship runners up team, have again shown to be among the strongest teams in the SIS. They have enjoyed close victories in recently over local rival St Francis Xavier and perennial powerhouse St Peters. Led by Trent Bourne and Joel Laycock, the team has once again claimed another SIS pennant for the third time in the last four years.