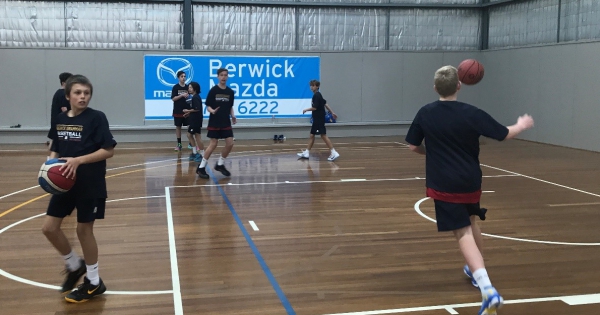 Recently the BGS Junior Basketball Team took part in the Basketball Victoria Victorian College Championships regional qualifier. The boys performed extremely well on the day winning three games and falling just short in a fourth. The team was coming off a very strong SIS season where they won three games, drew one and lost narrowly in another. Key performers at the VCC were Oliver Dillon, Ben Bryant, James Gallie and Sam Hoghton. This term the boys will play in the Basketball Victoria Champions Cup, formerly the McDonald’s Cup, and later in the year they will play at the Australian Schools’ Championships which will be held in Melbourne. The boys have very high hopes for the rest of the year and would very much like to follow in the footsteps of previous teams, continuing what has been a very successful pursuit for Berwick Grammar School.