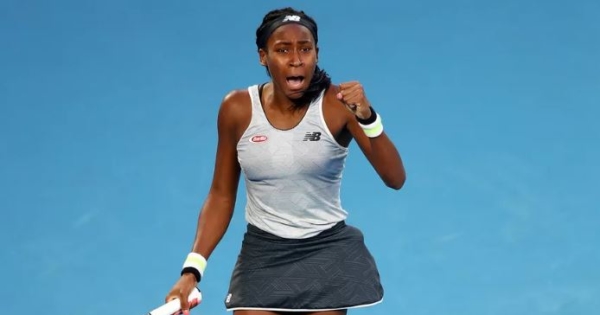 A Woman Who Inspires Me…

At our International Women’s Day Assembly, we invited boys to speak about a woman they admired. Amir delivered the following about his tennis idol, Coco Gauff…

International Women’s Day is a worldwide celebration marking the achievements and equality of women rights. At Berwick Grammar School, we annually speak about women role models, which have influenced us in some way. I chose to discuss with you a young female tennis player who is competing internationally and the youngest player ranked in the top 100. This tennis player is also not much older than many of us. Her name is Coco Gauff.

Cori ‘Coco’ Gauff is a 15-year-old American female tennis player who rose to fame during her victory in last year’s Wimbledon match against Venus Williams. She won her first Women’s Tennis Association title last year as well. Both of Coco’s parents were national champions in track and field and basketball so like family Coco followed the same path into sport but chose tennis.

Coco Gauff became an inspiration to me not when she made her debut at Wimbledon or won her first WTA title but in an interview in 2018 with Whistle Sports. In that interview Coco’s father Corey described tennis for Coco as a small hobby which almost immediately turned into her life. At age of 7 Coco was

training at home due to unavailable equipment at school or in her neighbourhood with no transportation to get her to the tennis courts yet she was able to win many national under 12 tournaments while still so young.

This just shows that Coco is just like many of us is eager young athlete, but the difference between her and us is simple. She has the right mindset and attitude and did not let limitations in her environment affect her passion or spirit. She put that extra effort just to get further in her interest and made a career path for herself at such a young age.  I believe if we adapt the same hard work and attitude as her, anyone of us can achieve whatever we want… not just in sports but also in academics, music or art.

I know this speech already sounds a lot like one of Dr Middleton’s speeches about Growing Good Men and being a great school but on a serious note, you should never stop putting in the effort and maintaining a good attitude until you reach your goal and be the best version of yourself and take inspiration from all the women young and old as we acknowledge their determination and grit on International Women’s Day.