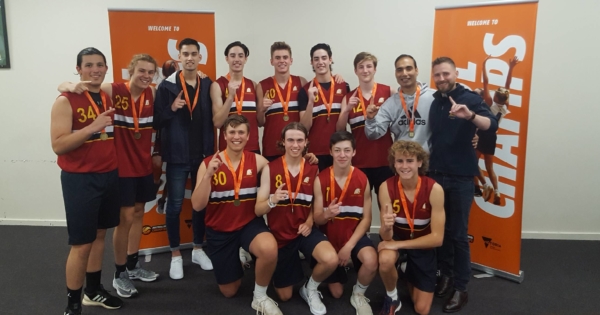 The last two weeks have been full of action and excitement across the School. The last time I wrote I was able to reflect on the wonderful success of the HPV team at Maryborough and the sense of achievement that embodied across that entire community. Since then, I have again been witness to some further tremendous elements of our school including the recent Year 11 Cape to Coast Challenge which involved spending some time living on campus at Deakin University and also savouring the cold early morning waters of Corio Bay at sunrise.

Just last week I was able to watch the Berwick Grammar Senior boys basketball team play for a Gold medal at the National Schools Basketball Championships hosted here in Melbourne. The boys had gone through the preliminary rounds undefeated and were drawn to play Erindale College from the ACT in the Division 4 Final. Earlier in the week the boys had defeated Erindale by two points after opening up a large lead through the high energy and fast paced game style they employed against their bigger opponents. In the final, it looked like the same pattern was being replayed as the Berwick boys opened up a handy lead whilst their opponents chipped away at their heels. The anticipated comeback didn’t eventuate, however, as through a combination of discipline, teamwork and focus the Unicorns controlled the possession and tempo to win the Championship by 17 points. To win a National title in any competition is to be savoured but to win one with class and discipline spoke volumes of the boys, their coaches and families for not only winning the game but the manner in which they won. What a great way to finish the School year for these boys and an achievement of which we should all be proud.