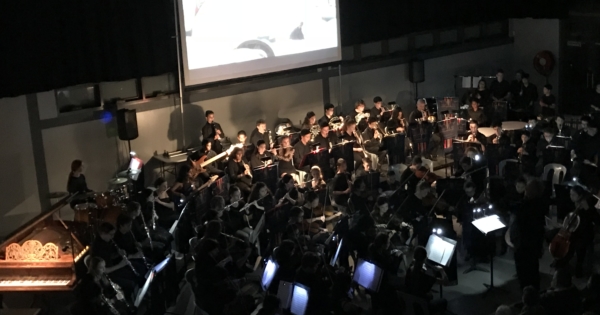 A Night at the Movies

Last Thursday evening, 24 May, Berwick Grammar School hosted A Night at the Movies which brought together over 90 students from all three campuses.

This sound and screen spectacular incorporated the wonderful music scores from classic movies, such as Star Wars, Raiders of the Lost Ark, Shrek, Back to the Future and Pirates of the Caribbean, just to name a few.

What would a movie night be without popcorn, choc tops and Fantales? A big thankyou to the Friends of Performing Arts who provided these yummy snacks on the night.

The finale piece involved all musicians from Year 5 to 12 and provided the audience with an exciting and exhilarating rendition of the memorable melody, Raiders March.